A lot has already been said about current cyber threats facing the owners of ATMs. The reason behind the ever-growing number of attacks on these devices is simple: the overall level of security of modern ATMs often makes them the easiest and fastest way for fraudsters to access the bank’s money. Naturally, the banking industry is reacting to these attacks by implementing a range of security measures, but the threat landscape is continually evolving. In order to prepare banks for what they should expect to see from criminals in the near future, we’ve prepared an overview report of future cyberthreats to ATMs. The report will – we hope – help the industry to better prepare for a new generation of attack tools and techniques.

The report comprises two papers in which we analyze all existing methods of authentication used in ATMs and those expected to be used in the near future, including: contactless authentication through NFC, one-time password authentication and biometric authentication systems, as well as potential vectors of attacks using malware, through to network attacks and attacks on hardware components.

We looked into what is going on underground around these technologies and were surprised to discover that there are twelve manufacturers out there that are already offering fake fingerprint scanners, otherwise known as biometric skimmers. There are also at least three other vendors researching devices that will be able to illegally obtain data from palm vein and iris recognition systems.

This is a major trend, because the problem with biometrics is that, unlike passwords or pin codes which can be easily modified in the event of compromise, it is impossible to change your fingerprint or iris image. Thus if your data is compromised once, it won’t be safe to use in the future. That is why it is extremely important to keep such data secure and transmit it in a secure way. Biometric data is also recorded in modern passports – called e-passports – and visas. So, if an attacker steals an e-passport, they not only steal the document, but also that person’s biometric data. As a result they steal a person’s identity.

The biometric data can also be accessed by criminals as a result of hacking into a bank’s infrastructure, which is also a major issue: if you lose the biometric database of your clients it won’t be possible to solve this problem just by recalling compromised payment cards. This is an unrecoverable loss and thus it is a kind of threat that the industry has never experienced before.

In general, network-based attacks against ATMs will be a headache for the security personnel of financial organizations in the coming years simply because, based on our penetration testing experience, the network infrastructure of a bank is very often built in a way that a hacker can exploit to gain access and take control of some critical parts of the network, including the network of ATMs. And this situation is not going to change any time soon, due to many reasons, one of which is the sheer size of financial organizations’ networks and the time-consuming and expensive task of upgrading them.

Nevertheless, by publishing this report we’d like to draw attention to the problem of ATM security now and in the near future, and to speed up the development of a truly secure ecosystem around these devices.

Read the description of attacks here 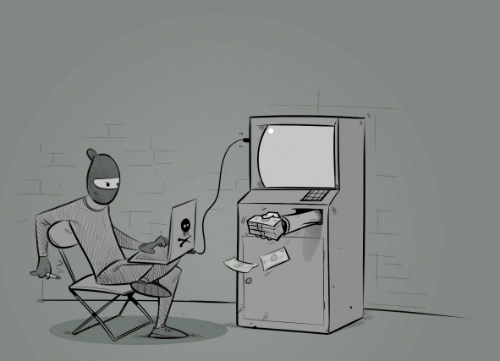