Over the course of last weekend I was busy setting up some new systems. During that process I came across an old virtual machine that I decided to fire up.

Upon launching Firefox on that machine I was greeted by the following: 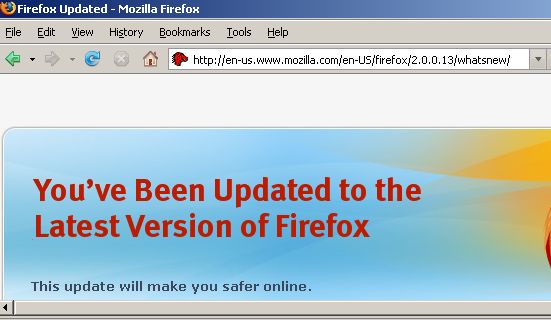 So the message is incorrect as regards both major and minor releases. Now one could argue that the auto-update mechanism takes care of this problem. But that can be turned off for a whole variety of reasons. Fact of the matter is that this is plain sloppy on Mozilla’s end.

Sadly, launching such incorrect messages is not particularly a new issue for Mozilla, and in my opinion such carelessness about easy-to-fix issues does not send a good message. Since the page is actually being downloaded from Mozilla’s site, it really shouldn’t be too much work for them to fix.

However when checking the situation for the 3.x branch of Firefox a better result appeared. 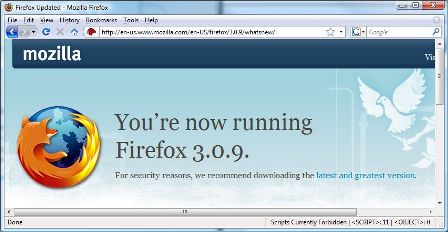 This means that the Mozilla guys got around fixing this page for the latest release branch, but forgot about the earlier branch.

Let’s hope that Mozilla gets around to fixing this so that the pages will correctly show if a version is up to date or not. Even if it’s only the older branch being affected. After all, we all know that there are millions of people out there who take forever to update.