Venezuela is a country facing an uncertain moment in its history. Reports suggests it is in significant need of humanitarian aid.

On February 10th, Mr. Juan Guaidó made a public call asking for volunteers to join a new movement called “Voluntarios por Venezuela” (Volunteers for Venezuela). According to the media, it already numbers thousands of volunteers, willing to help international organizations to deliver humanitarian aid to the country. How does it work? Volunteers sign up and then receive instructions about how to help. The original website asks volunteers to provide their full name, personal ID, cell phone number, and whether they have a medical degree, a car, or a smartphone, and also the location of where they live: 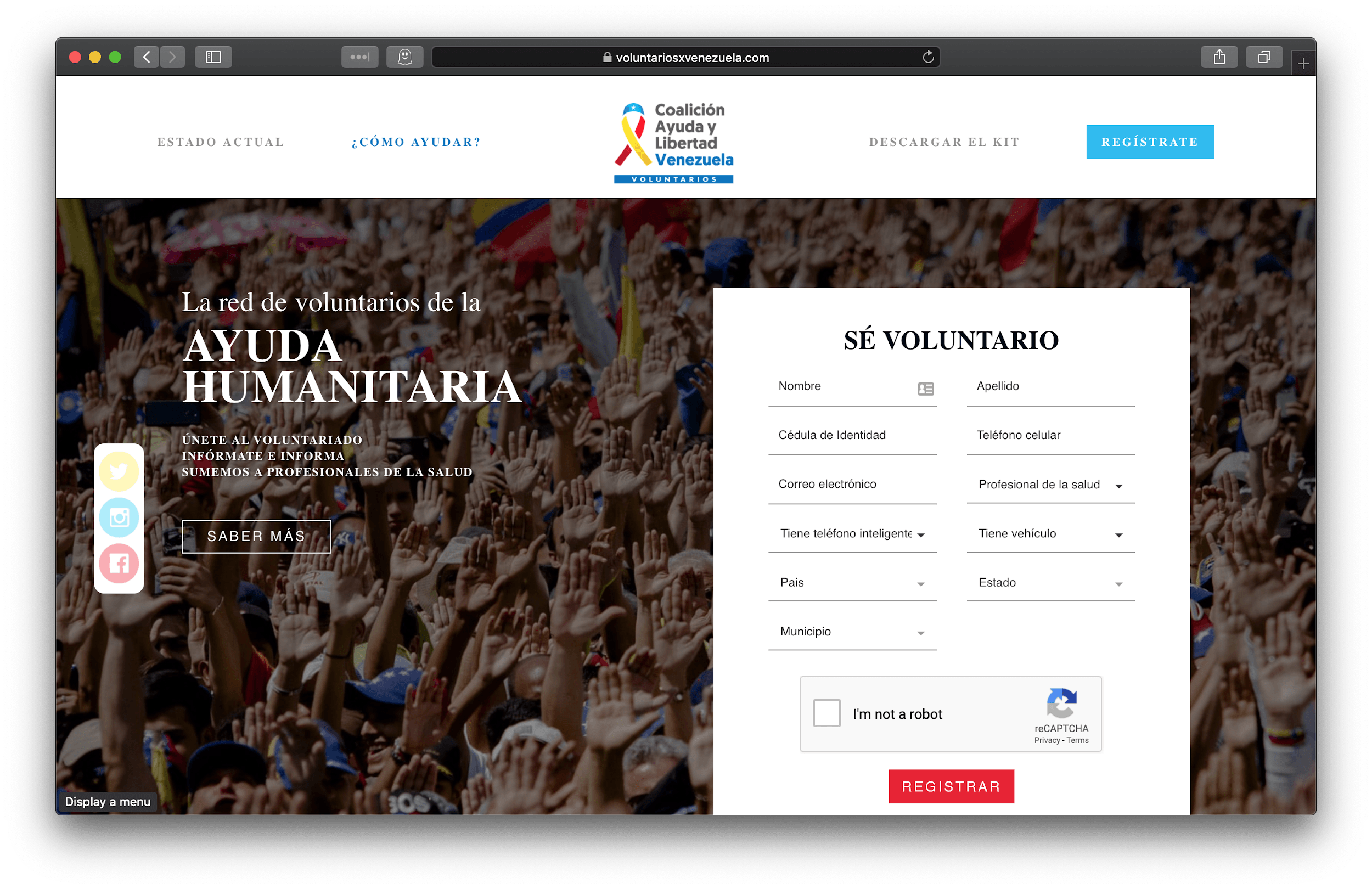 Both the original and the false website use SSL from Let’s Encrypt. The differences are as follows:

Now, the scariest part is that these two different domains with different owners are resolved within Venezuela to the same IP address, which belongs to the fake domain owner: 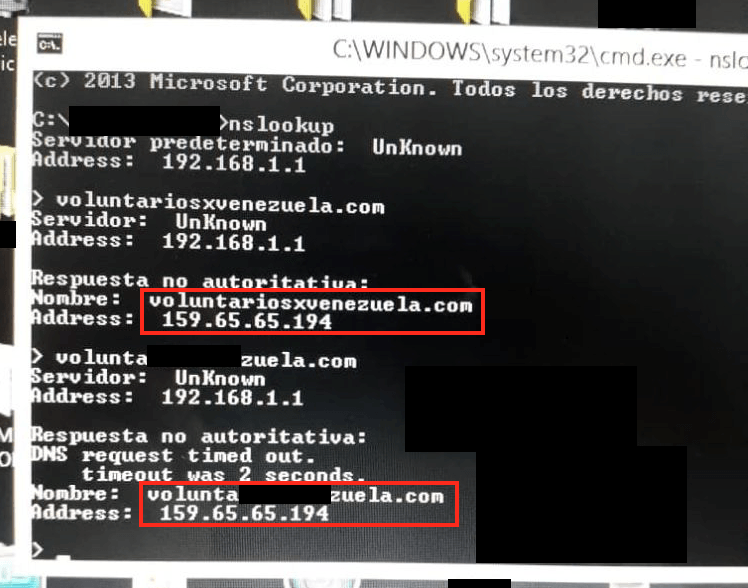 That means it does not matter if a volunteer opens a legitimate domain name or a fake one, in the end will introduce their personal information into a fake website.

Both domains if resolved outside Venezuela present different results: 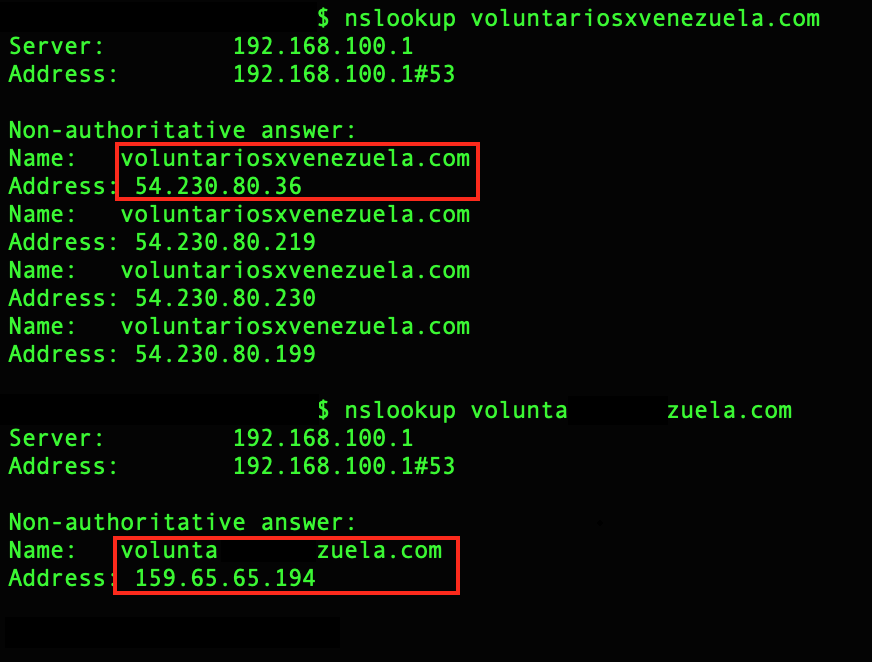 DNS Manipulation in Venezuela in regards to the Humanitarian Aid Campaign