Dark Tequila is a complex malicious campaign targeting Mexican users, with the primary purpose of stealing financial information, as well as login credentials to popular websites that range from code versioning repositories to public file storage accounts and domain registrars.

A multi-stage payload is delivered to the victim only when certain conditions are met; avoiding infection when security suites are installed or the sample is being run in an analysis environment. From the target list retrieved from the final payload, this particular campaign targets customers of several Mexican banking institutions and contains some comments embedded in the code written in the Spanish language, using words only spoken in Latin America.

Most of the victims are located in Mexico. The campaign has been active since at least 2013, so it is a very ‘añejo’ (mature) product. There are two known infection vectors: spear-phishing and infection by USB device.

The threat actor behind it strictly monitors and controls all operations. If there is a casual infection, which is not in Mexico or is not of interest, the malware is uninstalled remotely from the victim’s machine. 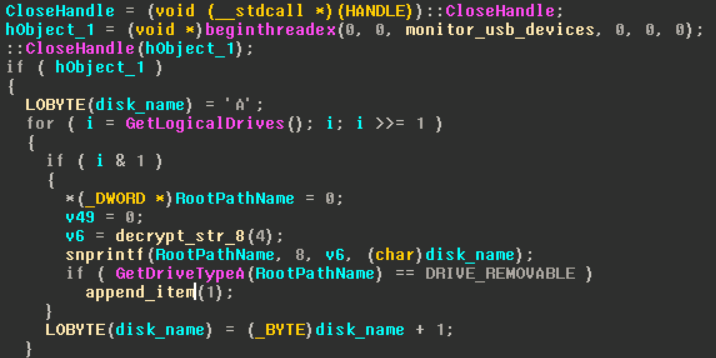 The Dark Tequila malware and its supporting infrastructure are unusually sophisticated for a financial fraud operation. The malicious implant contains all the modules required for the operation and, when instructed to do so by net command server, different modules decrypt and activate. All stolen data is uploaded to the server in encrypted form.

This campaign modules are as follows:

All the described modules are embedded inside the main sample and could be extracted during the analysis process.

The campaign remains active. It is designed to be deployed in any part of the world, and attack any targets according to the interests of the threat actor behind it. Kaspersky Lab detects the campaign as Trojan.Win32.DarkTequila and Trojan.Win64.DarkTequila.

For more information about this campaign, please contact us at financialintel@kaspersky.com