Seven years ago, in 2009, we saw a completely new type of attack on banks. Instead of infecting the computers of thousands of users worldwide, criminals went directly after the ATM itself – infecting it with malware called Skimer. Seven years later, our Global Research and Analysis Team together with Penetration Testing Team have been called on for an incident response. They discovered a new, improved, version of Skimer.

Criminals often obscured their malware with packers to make analysis more difficult for researchers. The criminals behind Skimer also did this, using the commercially available packer Themida, which packs both the infector and the dropper.

Once the malware is executed it checks if the file system is FAT32. If it is, it drops the file netmgr.dll in the folder C:\Windows\System32. If it is an NTFS file system, the same file will be placed in the NTFS data stream corresponding to the XFS service´s executable file. Placing the file in an NTFS data stream is most likely done to make forensic analysis more difficult.

After successful installation, the sample patches the XFS executable (SpiService.exe) entry point, in order to add a LoadLibrary call to the dropped netmgr.dll file. This file is also protected by Themida.

Entry point in SpiService.exe before infection

Entry point in SpiService.exe after infection

After a successful installation the ATM is rebooted. The malicious library will be loaded into the SpiService.exe thanks to the new LoadLibrary call, providing it with full access to XFS.

Unlike Tyupkin, where there was a magic code and a specific time frame where the malware was active, Skimer only wakes up when a magic card (specific Track 2 data, see IOCs at the bottom of this blogpost) is inserted. It is a smart way to implement access control to the malware’s functionality.

Once the magic card is inserted, the malware is ready to interact with two different types of cards, each with different functions:

After the card is ejected, the user will be presented with a form, asking them to insert the session key in less than 60 seconds. Now the user is authenticated, and the malware will accept 21 different codes for setting its activity. These codes should be entered from the pin pad.

Below is a list of the most important features: 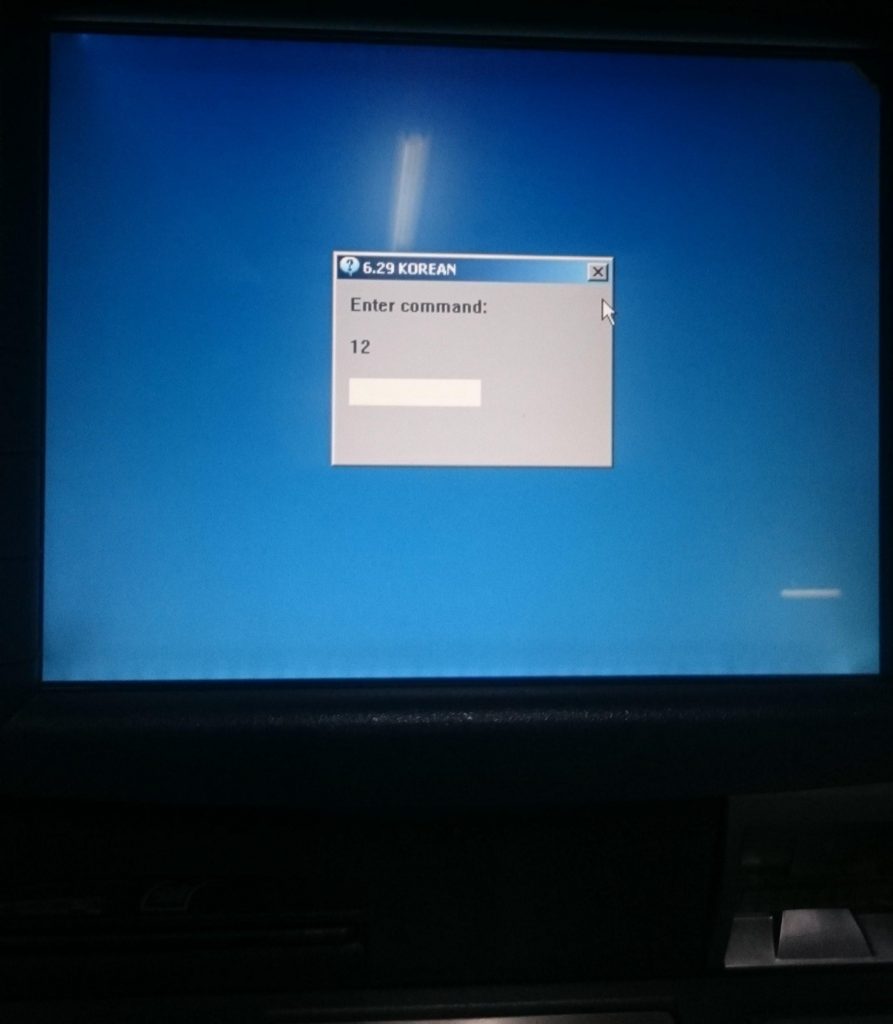 The following video details the scenario on how money mules interact with an infected ATM as described above.

During our recent Incident Response cases related to the abuse of ATMs, we have identified Tyupkin, Carbanak and black box attacks. The evolution of Backdoor.Win32.Skimer demonstrates the attacker interest in these malware families as ATMs are a very convenient cash-out mechanism for criminals.

One important detail to note about this case is the hardcoded information in the Track2 – the malware waits for this to be inserted into the ATM in order to activate. Banks may be able to proactively look for these card numbers inside their processing systems, and detect potentially infected ATMs, money mules, or block attempts to activate the malware.

We also recommend regular AV scans, the use of allowlisting technologies, a good device management policy, full disk encryption, the protection of ATM BIOS with a password, only allowing HDD booting, and isolating the ATM network from any other internal bank networks.

Kaspersky Lab has now identified 49 modifications of this malware, with 37 of these modifications targeting ATMs made by just one manufacturer. The most recent version was discovered at the beginning of May 2016.

All samples described are detected by Kaspersky Lab as Backdoor.Win32.Skimer. Patched SpiService.exe files are detected as Trojan.Win32.Patched.rb

As this is still an ongoing investigation, we have already shared the full report with different LEAs, CERTs, financial institutions and Kaspersky Lab Threat Intelligence-Service customers. For more information please contact intelreports@kaspersky.com

Appendix I. Indicators of Compromise