A large number of scam emails disguised as newsletters sent by the CNN television channel have been detected again. Sensational headlines are used in the messages to grab the attention of recipients (e.g., falling stock indexes, the election of a new Pope etc.). Users are asked to click on the links provided in the messages to get access to the complete versions of the articles. To make them look authentic, the emails also include links to real CNN pages, but of course the link with the main piece of news is fake. It leads to a compromised website which uses JavaScript to redirect the user to a site hosting malware – in this case, the Blackhole exploit kit. 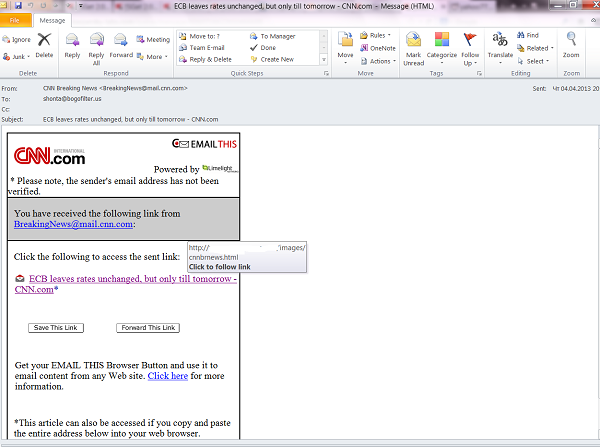 At the same time as the CNN newsletter scam, there has also been an epidemic of scam emails imitating Facebook notifications. In these emails, spammers suggested that users check out new comments on their photos. The mechanism used in the malicious link was the same as in the case described above. The most curious part, though, was that the scammers did not even bother to change the links. While in the former case the link included “cnnbrnews.html” after the domain name, the same ending in the link provided in fake Facebook messages looks out of place. 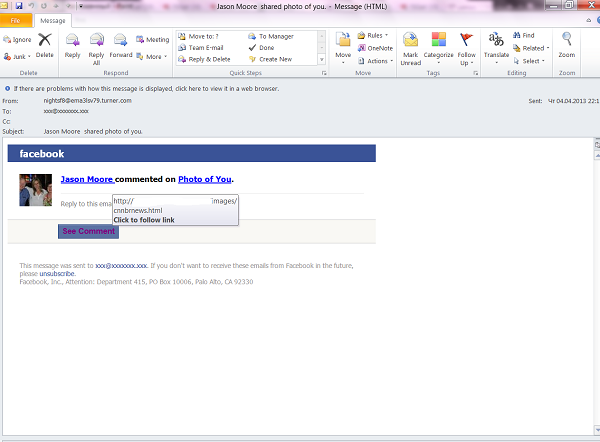 Unfortunately, this is the only part of the scam where the cybercriminals were careless. Emails containing the malicious links are still being distributed, so be cautious when handling suspicious messages.