RevengeHotels is a targeted cybercrime malware campaign against hotels, hostels, hospitality and tourism companies, mainly, but not exclusively, located in Brazil. We have confirmed more than 20 hotels that are victims of the group, located in eight states in Brazil, but also in other countries such as Argentina, Bolivia, Chile, Costa Rica, France, Italy, Mexico, Portugal, Spain, Thailand and Turkey. The goal of the campaign is to capture credit card data from guests and travelers stored in hotel systems, as well as credit card data received from popular online travel agencies (OTAs) such as Booking.com.

The main attack vector is via email with crafted Word, Excel or PDF documents attached. Some of them exploit CVE-2017-0199, loading it using VBS and PowerShell scripts and then installing customized versions of RevengeRAT, NjRAT, NanoCoreRAT, 888 RAT and other custom malware such as ProCC in the victim’s machine. The group has been active since 2015, but increased its attacks in 2019.

In our research, we were also able to track two groups targeting the hospitality sector, using separate but similar infrastructure, tools and techniques. PaloAlto has already written about one of them. We named the first group RevengeHotels, and the second ProCC. These groups use a lot of social engineering in their attacks, asking for a quote from what appears to be a government entity or private company wanting to make a reservation for a large number of people. Their infrastructure also relies on the use of dynamic DNS services pointing to commercial hosting and self-hosted servers. They also sell credentials from the affected systems, allowing other cybercriminals to have remote access to hotel front desks infected by the campaign.

We monitored the activities of these groups and the new malware they are creating for over a year. With a high degree of confidence, we can confirm that at least two distinct groups are focused on attacking this sector; there is also a third group, though it is unclear if its focus is solely on this sector or if carries out other types of attacks.

Not the quotation you’re expecting

One of the tactics used in operations by these groups is highly targeted spear-phishing messages. They register typo-squatting domains, impersonating legitimate companies. The emails are well written, with an abundance of detail. They explain why the company has chosen to book that particular hotel. By checking the sender information, it’s possible to determine whether the company actually exists. However, there is a small difference between the domain used to send the email and the real one. 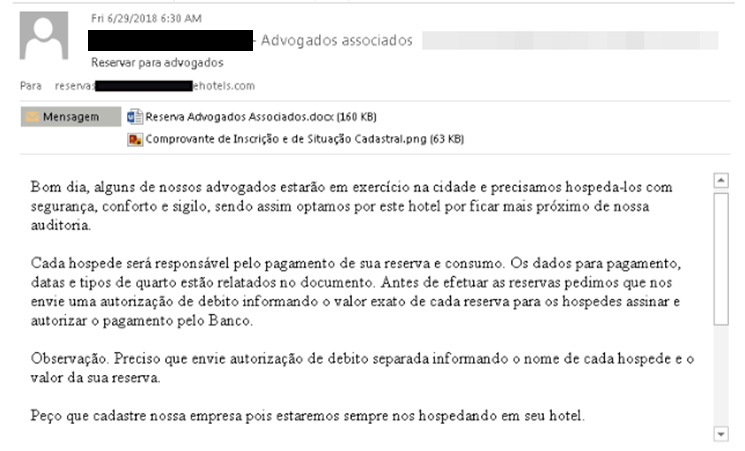 This spear-phishing message, written in Portuguese, has a malicious file attached misusing the name of a real attorney office, while the domain sender of the message was registered one day before, using a typo-squatting domain. The group goes further in its social engineering effort: to convince the hotel personnel about the legitimacy of their request, a copy of the National Registry of Legal Entities card (CNPJ) is attached to the quotation.

In the RevengeHotels campaign, the downloaded files are .NET binaries protected with the Yoda Obfuscator. After unpacking them, the code is recognizable as the commercial RAT RevengeRAT. An additional module written by the group called ScreenBooking is used to capture credit card data. It monitors whether the user is browsing the web page. In the initial versions, back in 2016, the downloaded files from RevengeHotels campaigns were divided into two modules: a backdoor and a module to capture screenshots. Recently we noticed that these modules had been merged into a single backdoor module able to collect data from clipboard and capture screenshots.

In this example, the webpage that the attacker is monitoring is booking.com (more specifically, the page containing the card details). The code is specifically looking for data in Portuguese and English, allowing the attackers to steal credit card data from web pages written in these languages.

In the ProCC campaigns, the downloaded files are Delphi binaries. The backdoor installed in the machine is more customized than that used by RevengeHotels: it’s developed from scratch and is able to collect data from the clipboard and printer spooler, and capture screenshots. Because the personnel in charge of confirming reservations usually need to pull credit card data from OTA websites, it’s possible to collect card numbers by monitoring the clipboard and the documents sent to the printer. 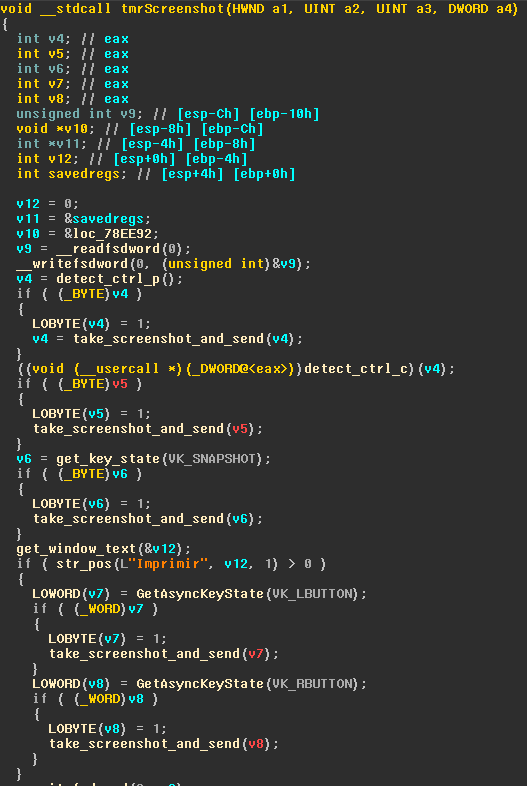 According to the relevant underground forums and messaging groups, these criminals also infect front desk machines in order to capture credentials from the hotel administration software; they can then steal credit card details from it too. Some criminals also sell remote access to these systems, acting as a concierge for other cybercriminals by giving them permanent access to steal new data by themselves.

Some Brazilian criminals tout credit card data extracted from a hotel’s system as high quality and reliable because it was extracted from a trusted source, i.e., a hotel administration system. 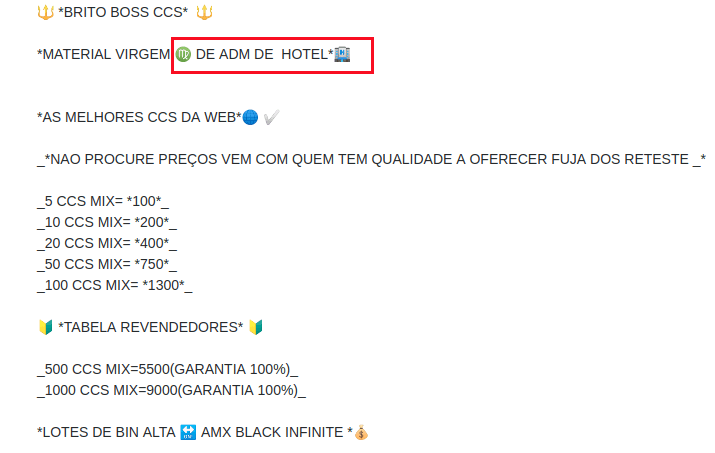 The majority of the victims are associated with the hospitality sector. Based on the routines used, we estimate that this attack has a global reach. However, based on our telemetry data, we can only confirm victims in the following countries: 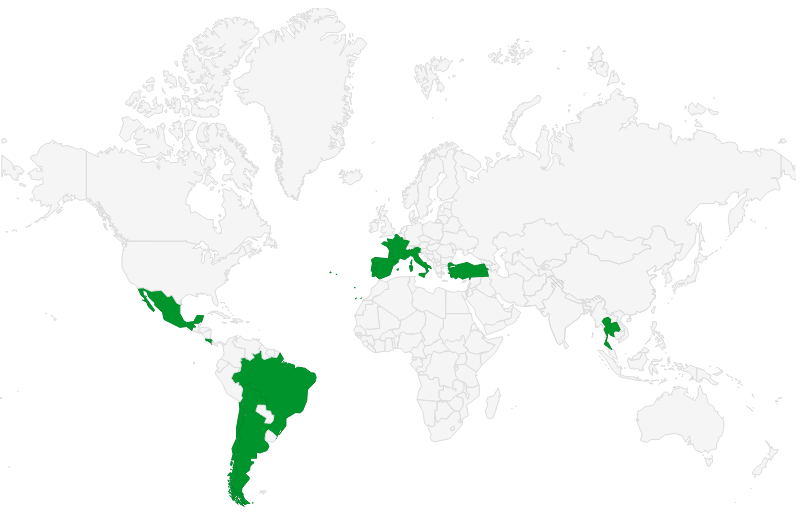 Based on data extracted from Bit.ly statistics, we can see that potential victims from many other countries have at least accessed the malicious link. This data suggests that the number of countries with potential victims is higher than our telemetry has registered. 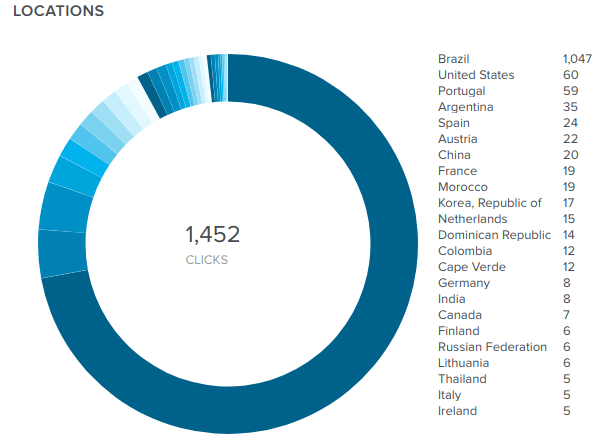 Victims per country based on data from a malicious Bit.ly link from the RevengeHotels campaign

RevengeHotels is a campaign that has been active since at least 2015, revealing different groups using traditional RAT malware to infect businesses in the hospitality sector. While there is a marked interest in Brazilian victims, our telemetry shows that their reach has extended to other countries in Latin America and beyond.

The use of spear-phishing emails, malicious documents and RAT malware is yielding significant results for at least two groups we have identified in this campaign. Other threat actors may also be part of this wave of attacks, though there is no confirmation at the current time.

If you want to be a savvy and safe traveler, it’s highly recommended to use a virtual payment card for reservations made via OTAs, as these cards normally expire after one charge. While paying for your reservation or checking out at a hotel, it’s a good idea to use a virtual wallet such as Apple Pay, Google Pay, etc. If this is not possible, use a secondary or less important credit card, as you never know if the system at the hotel is clean, even if the rooms are…

All Kaspersky products detect this threat as:

For a full list of IoCs as well as the YARA rules and intelligence report for this campaign, please visit the Kaspersky Threat Intelligence Portal: https://tip.kaspersky.com/