In our FAQ on Flame posted on May 28, 2012, we postulated there might be a still undiscovered zero-day vulnerability in Flame:

“At the moment, we haven’t seen use of any 0-days; however, the worm is known to have infected fully-patched Windows 7 systems through the network, which might indicate the presence of a high risk 0-day.”

Our suspicion was heightened because fully patched Windows 7 machines were being infected over the network in a very suspicious manner.

We can now confirm this is the main purpose of a special module of Flame called “Gadget” together with another module called “Munch”.

(NOTE: It’s important to understand that the initial Flame infection could still be happening through zero-day vulnerabilities. The “Gadget” module is simply used to spread within a network from a machine that is already infected with the malware).

The “Gadget” and “Munch” modules implement an interesting man-in-the-middle attack against other computers in a network.

When a machine tries to connect to Microsoft’s Windows Update, it redirects the connection through an infected machine and it sends a fake, malicious Windows Update to the client.

The fake update claims to be the following:

In the process of infecting a client, 8 CAB files are used. One of them contains a specifically built program called WuSetupV.exe:

This program, which is 28KB in size, has been signed by a fake Microsoft certificate: 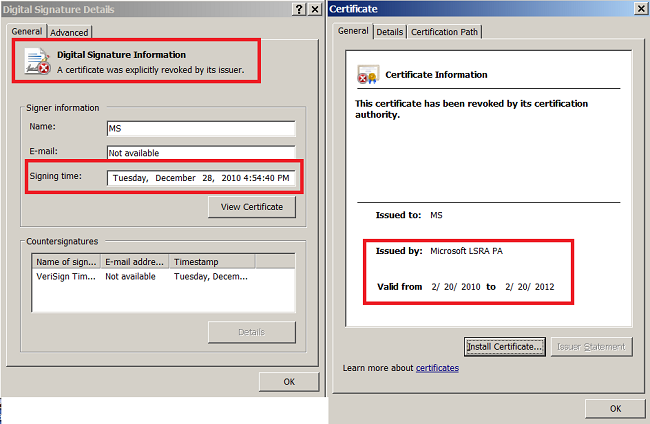 This allows it to run in the victim’s machine without any warnings.

The following is exactly how the process occurs: the infected machine sets up a fake server by the name “MSHOME-F3BE293C”, which hosts a script that serves a full body of the Flame malware to victim machines. This is done by the module called “Munch”.

When a victim updates itself via Windows Update, the query is intercepted and the fake update is pushed. The fake update proceeds to download the main body and infect the computer.

Gadget plugin downloads the main body of the malware

The interception of the query to the official Windows Update (the man-in-the-middle attack) is done by announcing the infected machine as a proxy for the domain. This is done via WPAD.
To get infected, the machines do need however to have their System Proxy settings configured to “Auto”.

As we continue our investigation of Flame, more and more details appear which indicate our initial statement: this is one of the most interesting and complex malicious programs we have ever seen.

Important information: One June 4th, 2012, Microsoft released a number of blog posts and an Update for Windows which is blocking three fraudulent certificates used by Flame. We recommend that Windows users apply this update immediately.